Tuesday, September 24th 2019 at 19:00 Fondazione Pastificio Cerere presents Iniziativa canto d’uccello (Birdsong Initiative), personal exhibition of the Finnish artist Otto Karvonen, curated by Riikka Vainio. The exhibition will take place in Spazio Molini, obtained thanks to the recovery of the ancient Pastificio Cerere windmill, and will be open to the public until October 5th 2019.

The artist repeats in Rome his presentation Birdsong Initiative performed for the first time in Vienna in 2018, with which he ponders over anti-immigration political programs spread during these last years in Europe, where far-right, populist parties have steadily become more powerful. Karvonen matches the status of the birds to that of asylum-seekers, provocatively suggesting new linguistic restrictions for the migrating birds, which should be bound to learn the song of the local national bird in order to obtain their residency permit.

During the exhibition, via video-installation, the performance results will be shown; a performance which took place during June of 2019 in the streets and squares of Rome, during which the artist interviewed the citizens and bystanders asking questions regarding foreigners and migratory birds, regarding language and the song of the birds. This work deals with the theme of language as a load-bearing element of the national identity and at the same time as a means of inclusion and exclusion.

The project has received the patronage of the Finnish Embassy in Rome and has been made possible thanks to the support of Frame Contemporary Art Finland.

The exhibition is part of SuomIngorgo, a project curated by Riikka Vainio which will see the participation of various Finnish artists in exhibitions at several galleries and foundations in Rome during the autumn of 2019. 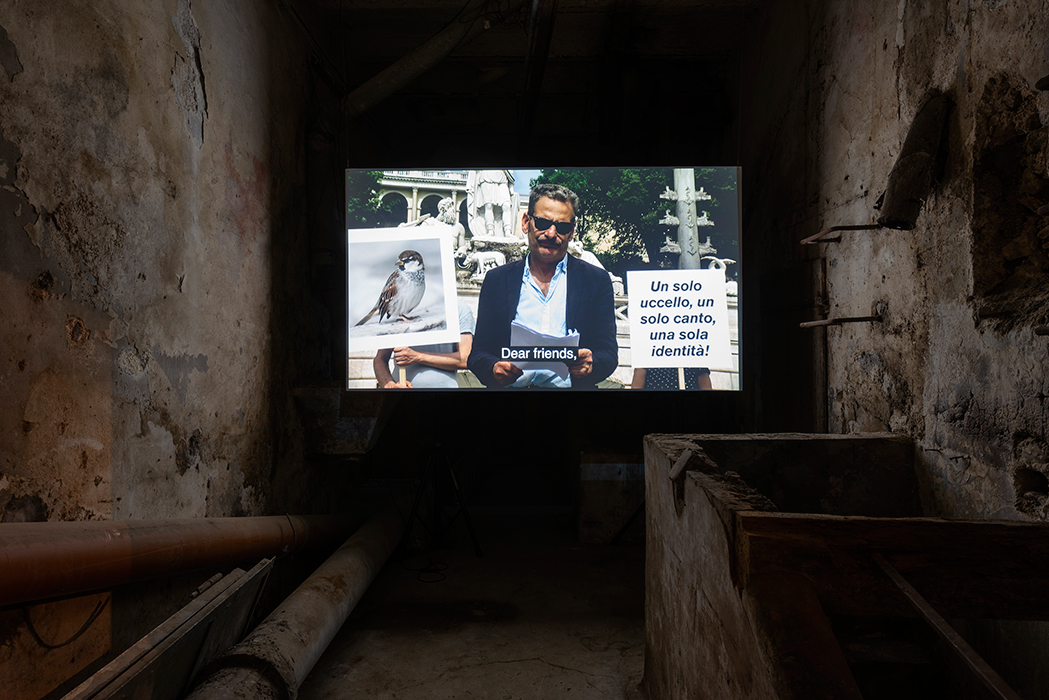