On 28 March the Pastificio Cerere Foundation presents the project Where is Dawn now?, conceived by Leonardo Petrucci and developed in collaboration with INAF- IAPS, ASI and NASA.

In the courtyard of Pastificio Cerere, we presented the first photograph of the dwarf planet – took by the Dawn space probe, launched by NASA in 2007 – accompanied by a text by the astronomer Giuseppe Piazzi, who discovered Ceres completely by chance in January 1801.

The idea of combining Pastificio Cerere and the planet Ceres (Cerere is the Italian  translation of Ceres) has to do with more than just the name, evoking a singular coincidence: in conjunction with this astronomical event, 2015 was the 110th anniversary of the construction of Pastificio Ceres and 10 years since the Fondazione Pastificio Cerere was established. 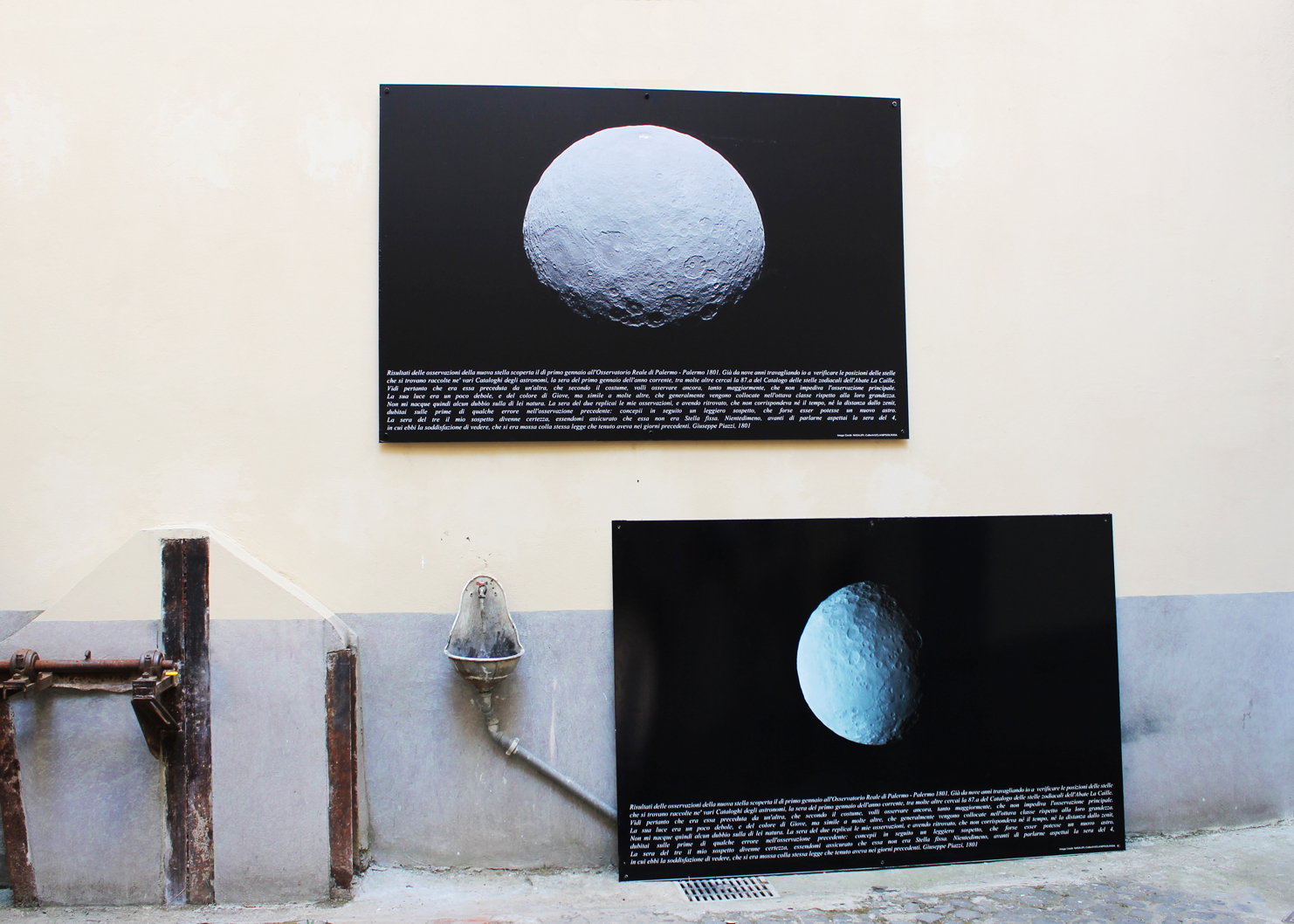