Fondazione Pastificio Cerere presents There Is an Elephant in the Room, Marta Roberti solo show curated by Manuela Pacella, with a text by Felice Cimatti. The exhibition takes place at Spazio Molini, a space obtained from the recovery of the ancient Pastificio Cerere windmill, and will be open to the public from 20th October until 30th November 2020.

Marta Roberti – born in Brescia in 1977 – has chosen Rome as her base that she often left for long travels, mostly in Asia, since 2014. The drawing (mostly on carbon paper) is the medium Roberti favors and declines in installations and animated videos through which she explores the relationship between East and West, specifically how the Western forms its identity from what it feels being different: from animals to nature, to everything that’s considered different or “exotic”.

The Spazio Molini of the Fondazione Pastificio Cerere has fascinated the artist to such a degree to induce her to intervene with works and installations on paper as well as for the video animation which gives its name to the exhibition, There Is an Elephant in the Room (2013). The animal world, from the peacock to the elephant, vibrant with bright, subterranean life, follows a symbolic, almost totemic path where space itself, so heavily charged with industrial history and remains of war bombardments is a harbinger of questions sighing a more ample, existential breath. 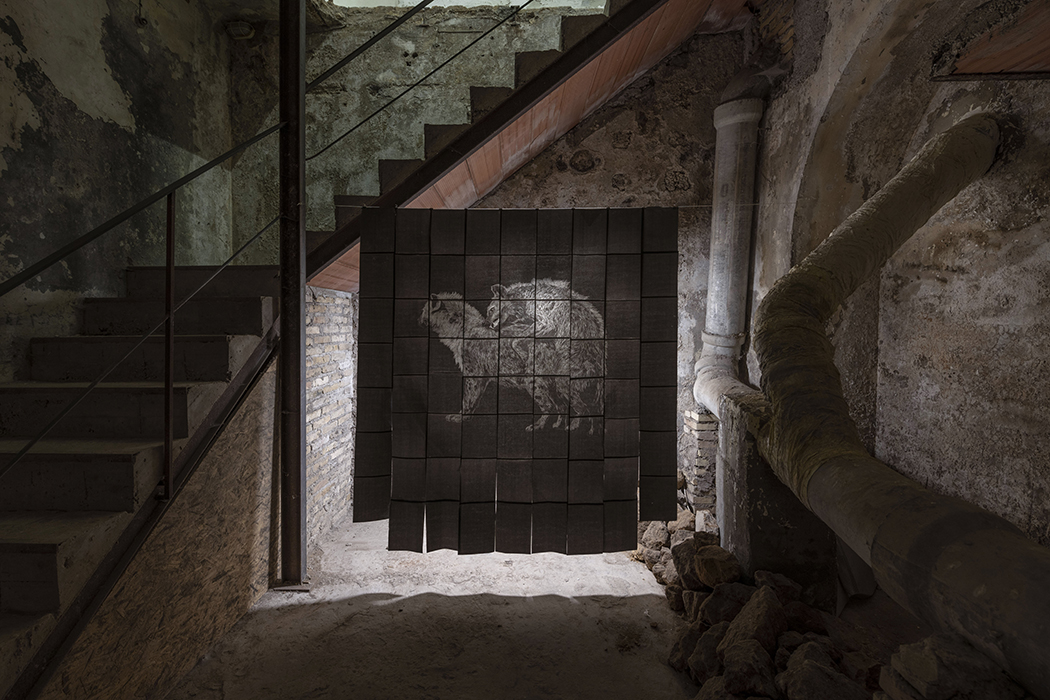