Fondazione Pastificio Cerere presents LOSING CONTROL, Giulio Bensasson‘s first solo exhibition curated by Francesca Ceccherini, which stretches across the spaces of the silos and the underground of the mill. The project consists of two site-specific installations – Losing Control #1 and Losing Control #2 –, which are the result of research dedicated to the theme of loss of control and the ensuing phenomena.

Losing Control #1, which is located in the underground Spazio Molini –  originally intended for the production of semolina– questions the loss of control that occurs in the everyday life of the places where we live, as conveyed through a perceptual itinerary dedicated to obsessive forms of erasure: witness the idea of “cleaning, cleansing, covering” as the elimination of the memento mori, that is, what symbolically reminds us of the unavoidable end of our lives.

The Losing Control #2 installation consists of a photograph and a large light box, the images in which are magnified films found in an old studio in Rome. The images, which originally captured a precise moment and a personal memory, are now the result of the relentless action of moulds and fungi, which have dissolved each image in colour and liquefied the films with the acids they are composed of. 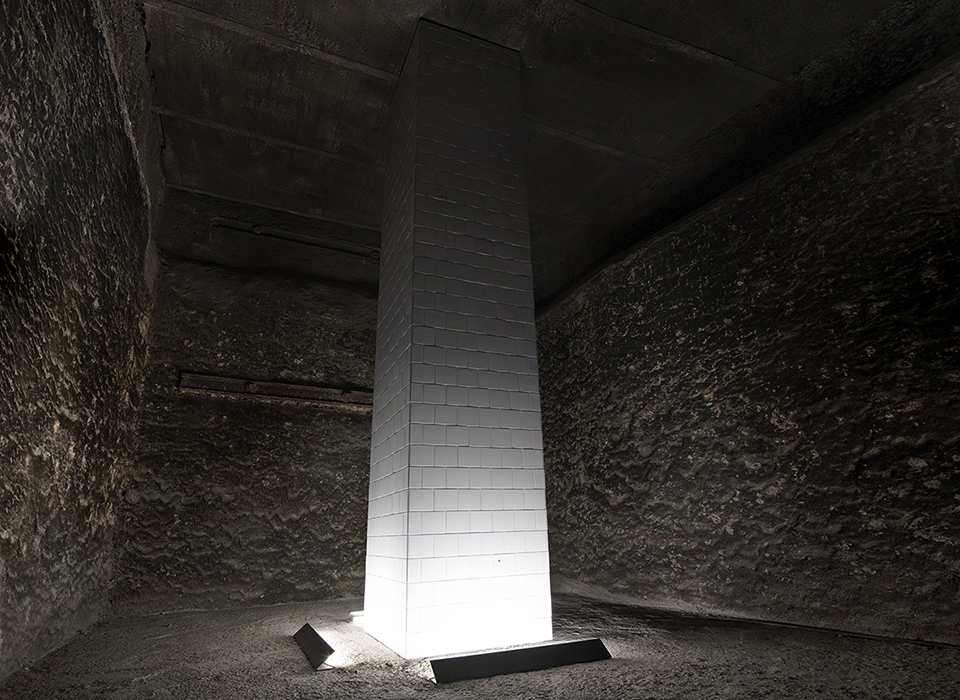