Artist Agostino Iacurci has created Landscape N° 2 at the invitation of Marcello Smarrelli, Artistic Director of Fondazione Pastificio Cerere, on the occasion of the restoration of the external façade of Palazzo Pastificio Cerere. The project will transform the façade of the former San Lorenzo semolina factory overlooking Piazza dei Sanniti into a monumental work of art.

The image produced consists in a pattern of about 400 square metres; it is like an architectural matrix made up of a series of geometric and figurative elements that refer to the history of the building itself. In Iacurci’s vision, the jars used to transport wheat and other foodstuffs become gigantic silos; these alternate with ears of corn that, while alluding to the landscape, as the title suggests, also recall the crown and the ‘bouquet’ that Ceres – goddess of harvests and rebirth – holds in traditional iconographic representations.

At the end of the works, the PVC cover will be reused by the Coloriage social tailoring workshop, which was founded in 2019 and is open to unemployed people, migrants and asylum seekers, to make bags. A series of abstract images will be obtained from the fragmentation of the cloth, thus giving the once public work a second life as an intimate, personal object.

[watch the teaser for the project] 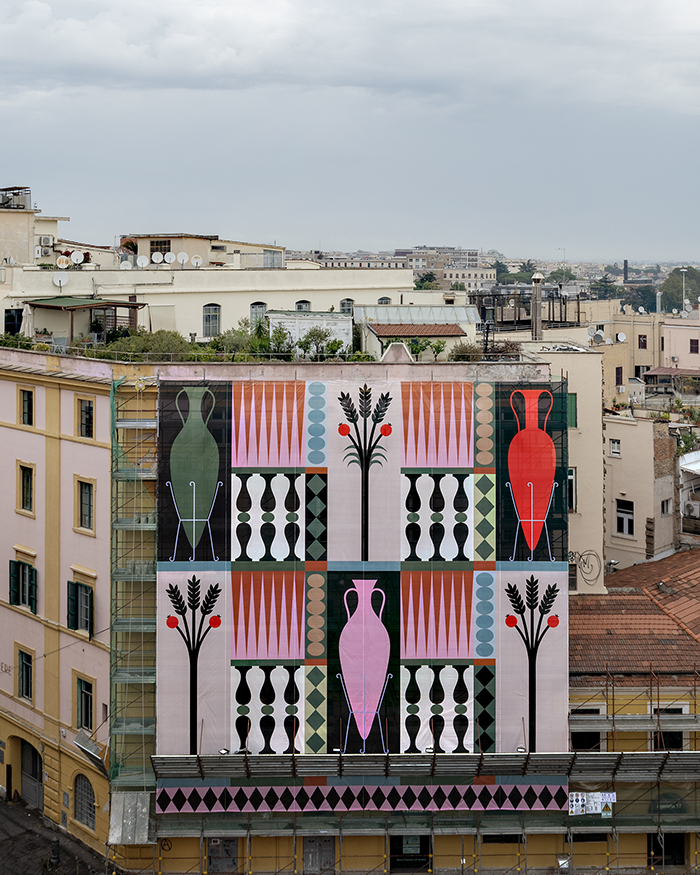