The solo exhibition Interno via degli Ausoni (Interior, via degli Ausoni), by Pizzi Cannella, will inaugurate on Thursday 21 January 2016 at 19.00. This is the fifth exhibition in the project conceived by Marcello Smarrelli for the 10th anniversary of the Pastificio Cerere Foundation and the 110th anniversary of the construction of the building in which it is housed.

Interior, via degli Ausoni recounts a journey through lights and shadows that draw the texture of the spaces, the volumes of the architecture, the images of the years lived inside the Pastificio.
The exhibition is composed of a large-scale canvas and a series of mixed media works on paper, collected here for the first time. Also presented is one of the bronze urns from the installation “La Fontana Ferma” (“The Still Fountain”), previously exhibited in fibreglass prototype in the courtyard of the former Pastificio in 2007. 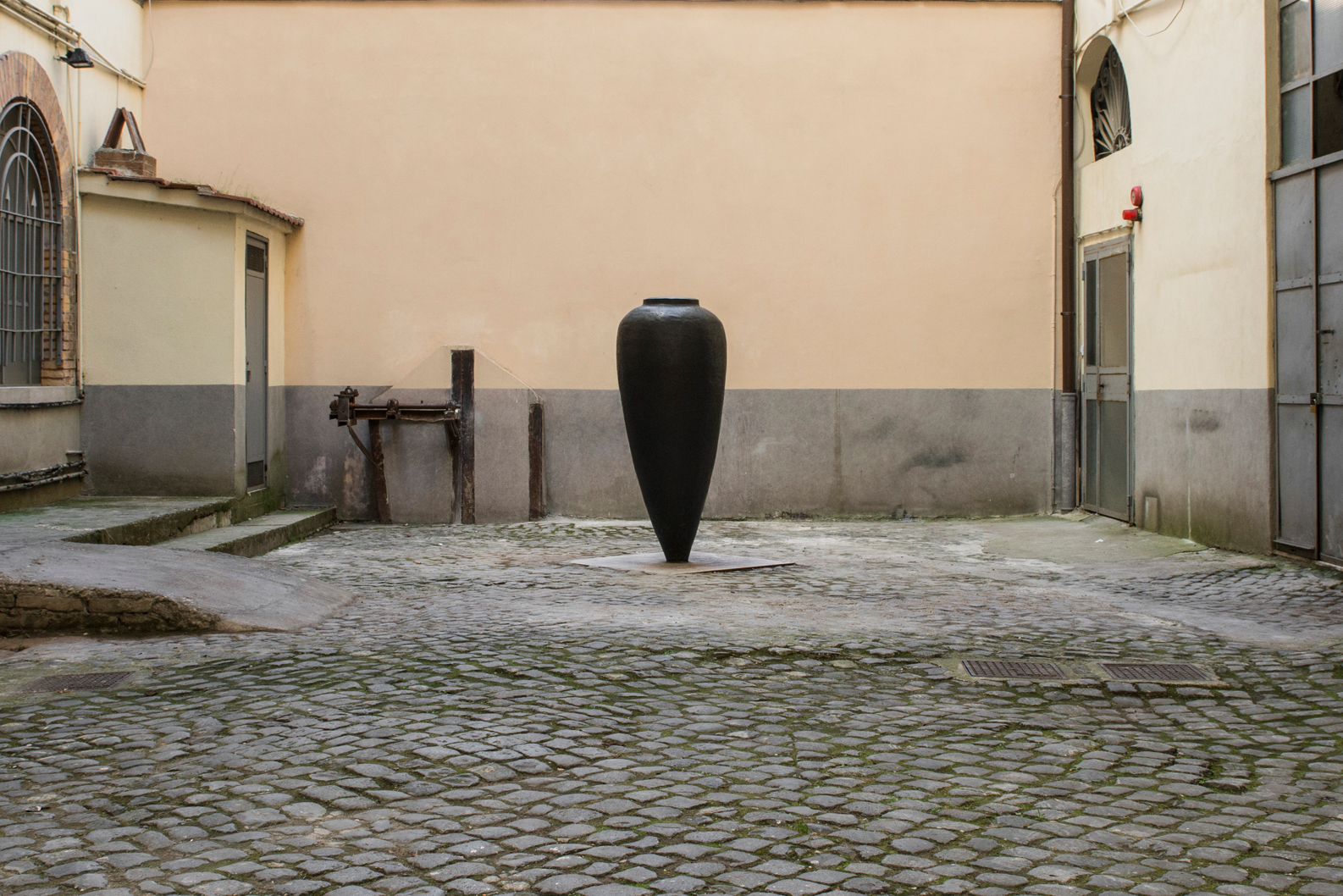